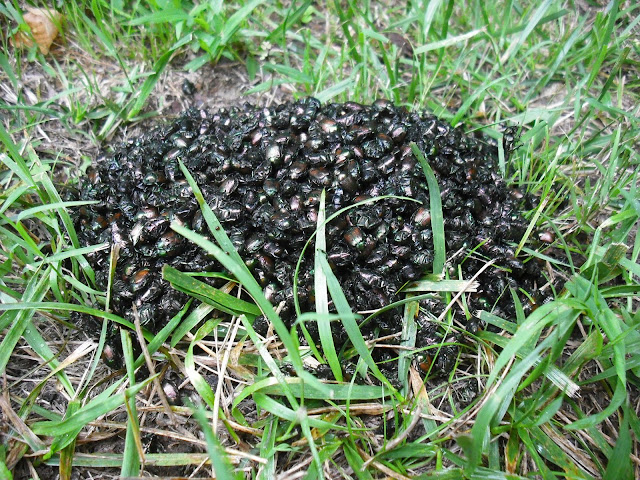 Pile of Japanese beetles emptied from a Spectracide Bag-A-Bug trap.  I’ve emptied the bag four times in the last two weeks or so, with equal results. The sex lure is still going strong as evidenced by the beetles swooning around the trap. As I was removing the bag from the yellow vanes, two beetles smacked into the vanes and dropped into the bag. I cheered. 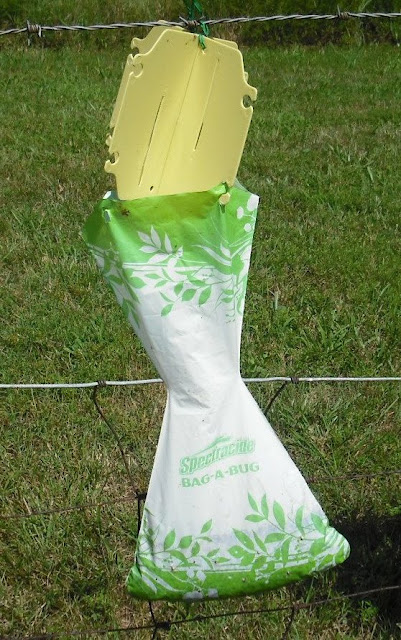 If you look closely, you can see the dark line on the bag. The bag is full of Japanese beetles to that line. I empty the bag at this point or a little above. Then I rinse the bag with some water and re-hang it.  What smells like eau de luv to beetles, smells something a whole lot less romantic to me, but I find dead Japanese beetles in large numbers very appealing.


Lowe’s sells this system for about six bucks. You can get it through Amazon.com, too.