FOUR FREAKIN’ CATS! HOW DID THIS HAPPEN? 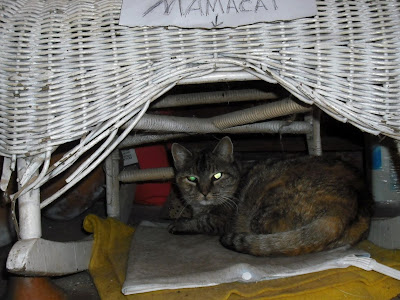 We have four cats. We don’t want four cats. We could deal with two: MamaCat because she came with the Holler when we bought the property years ago. We figger she must be at least 20 years old. I hooked her up with a heating pad this winter. She never stirs from it. Since she has the old heating pad, I got myself a new one. We old queens have cold bones. She’s grandfathered in. 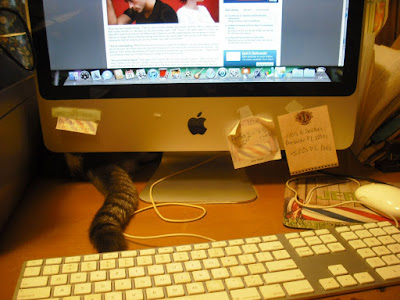 Cat and Mouse. This is Goofy. We purposefully adopted him from the Humane Society of Grove and Grand Lake. He’s special and is the official inside-the-house cat. He cramps my work space something fierce. 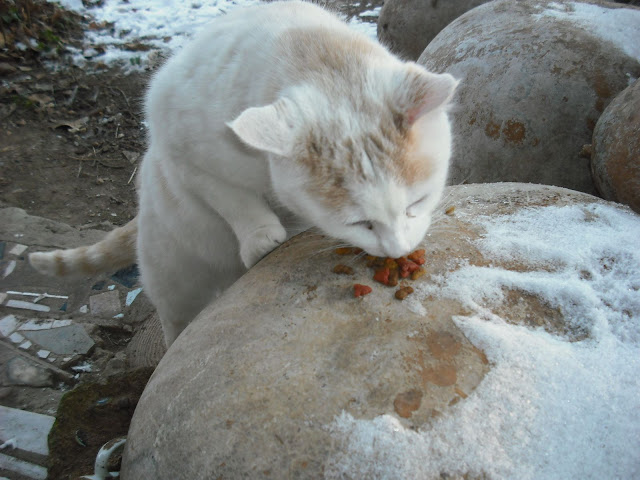 This is Punkin having a nibble served on a gourd. He showed up last year. Worked some badass cat mojo on me. I had him neutered, so he’s my eunuch and I owe him care and feeding forever.

The least senior cat: Mr. Marmalade II named for WFH‘s Mr. Marmalade. He’s a tom, but not for long. If he’s eating at the Holler cat cafe, he’s got to give up the jewels. I have secret aspirations to take him to Tulsa so he can live with WFH happily ever after. WFH only has two cats. That’s just not right.