GIVE TURTLES THE RIGHT OF WAY 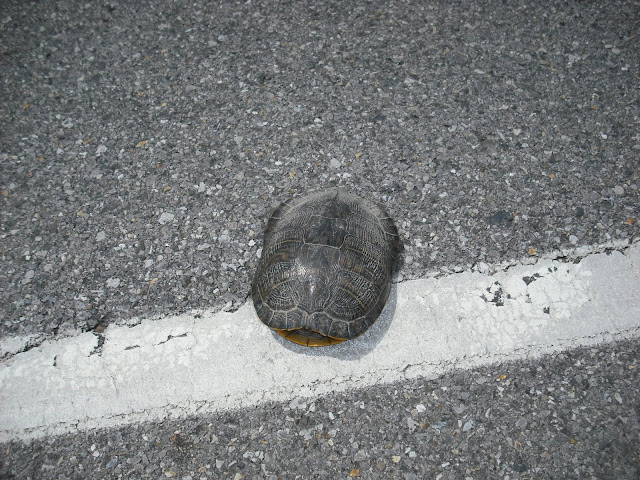 “Having once performed the spectacular feat of  getting its girdles inside its ribs, [the turtle] lapsed into a state of complacent conservatism,&” and watched as “Eohippus begat Man o’ War and a mob of irresponsible and shifty-eyed little shrews swarmed down out of the trees to chip at stones, and fidget around fires, and build atom bombs.” —Archie Carr, Handbook of Turtles (1952)

How have turtles lived so long? They appear terminally linear. They get pointed in one direction, THAT WAY, and it’s the ONLY WAY. Hopeless illustrated? A turtle nosed against a highway median barrier. It’s spring in northeast Oklahoma and turtles are going walkabout. Females are looking for a cozy spot to lay eggs. We all know what males are looking for. 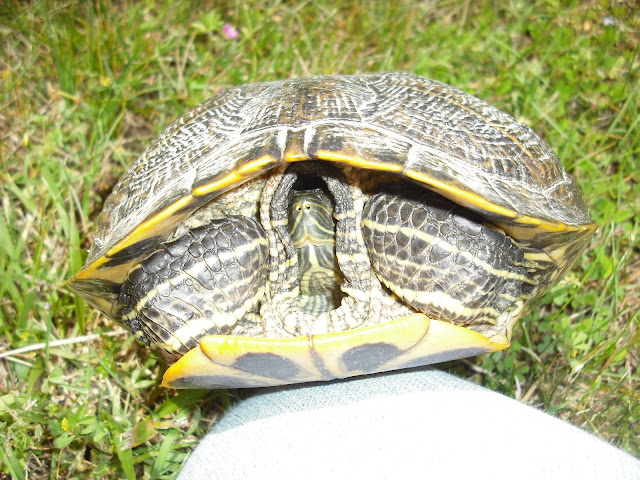 If I see imminent doom and can do something to avert it without horrific unintended consequence, I do. Yesterday I saw a prime red eared-slider on the side of the road, just making the first move to cross. I got turned around, headed back, turned around again to be on the correct side of the highway and parked in someone’s driveway. I got out in time to see the turtle, neck stretched, head up, disappear under a pick up. Nice driver made sure not to hit the jaywalker. I scooped up the turtle (whereupon one of us peed), and took her to the other side of the highway, set her down, nose pointed HER WAY and wished her well. 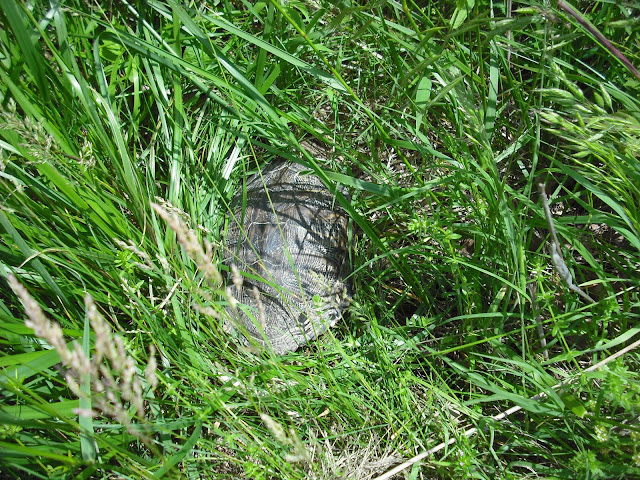 Turtle Facts
Turtles have been around for 200 million years, and only lately have had to contend with  mechanized dangers. They pretty much always take second in close encounters of the highway kind.
Most turtles don’t survive the eight years or so it takes to reach breeding age. With exceptional karma, they can live 40 years. The loss of every turtle on the highway is a very bad thing for the species.
In the spring turtles wake up from hibernation feeling amorous. They can feel romantic in the fall too.
They’re omnivorous, but especially carnivorous when young.
They charmingly bask on logs in chains, the front of one turtle resting on the back end of another turtle and so on.
Photo courtesy http://www.flickr.com/photos/brooklyntyger/2509684599/ 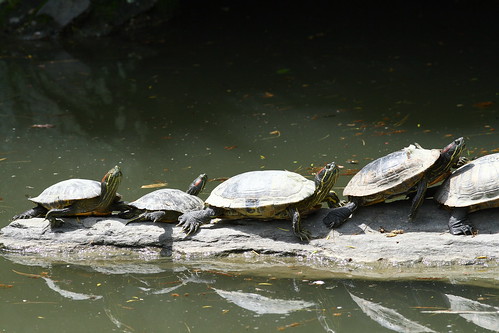 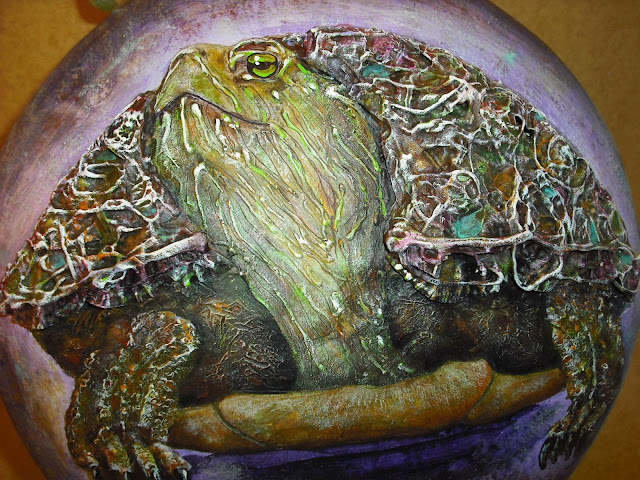 I’ve always wondered what was under the shell. It’s one thing to see the wonder of  turtle anatomy as feng shui, and entirely different to see 200 million years of  evolved perfection wasted on a highway.
Image courtesy of http://www.petturtlesandmore.com/blog/inside-a-red-ear-slider-turtle.html/ 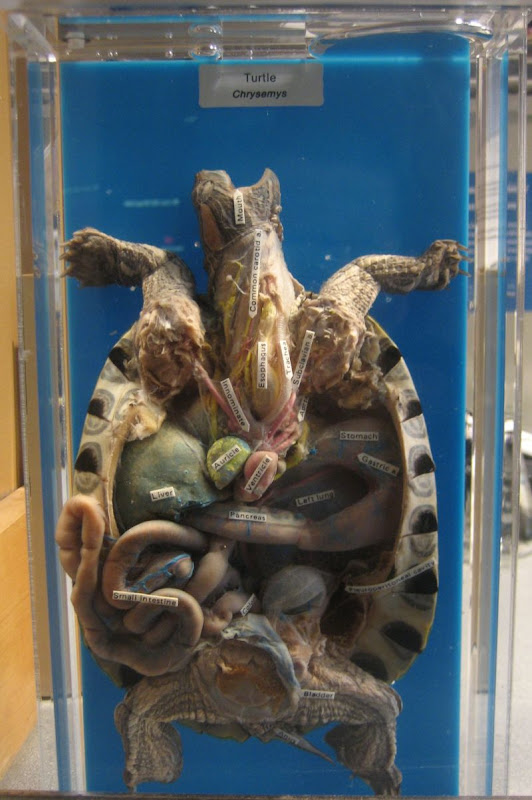