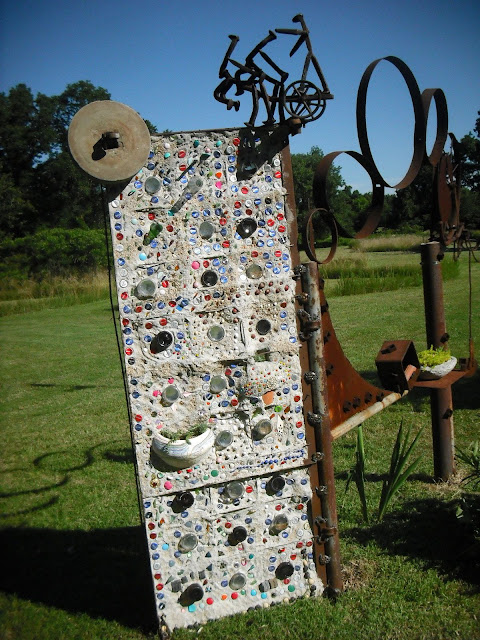 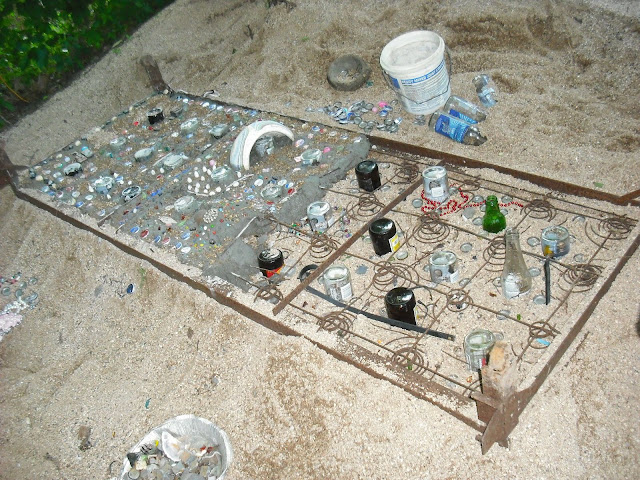 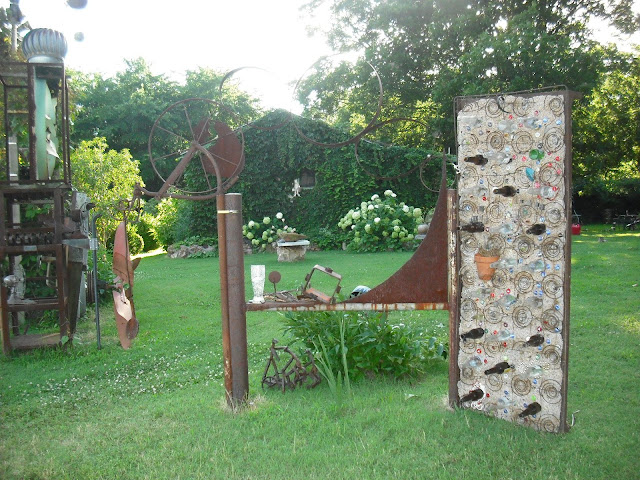 No shock to those who know me, I’ve been collecting Mexican beer bottles for years. The kind with screened labels on the bottle, not a paper label. My bottle cap mania is well documented. I’ve got piles of doodads and old jewelry. I’ve got my sand pile. A simple thing like a heap o’ sand can facilitate the crazy stuff that creeps into my insomniatic brain. Spell check tells me there’s no such word as insomniatic. But there is. Just another reason NOT to depend on spell check. And it’s an album by a duo I’m too unhip to recognize. 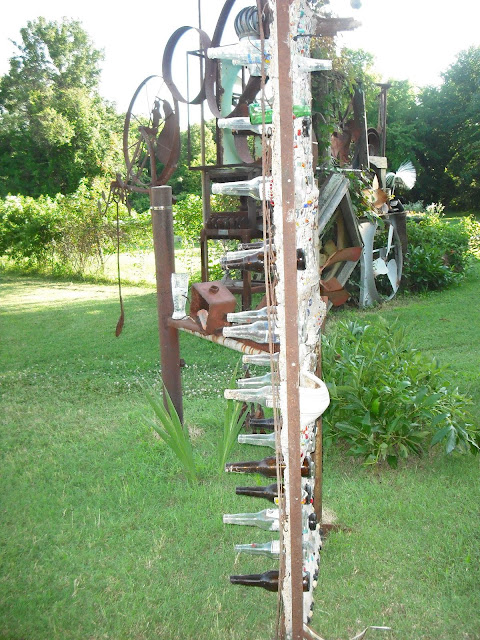 One twin iron bed spring, three bags of concrete and all attendant doodads, came out this way. I couldn’t lift it. I was afraid to use leverage and believe me, I’ve used leverage fearlessly–literally and figuratively–in my life. Not this time. Not with those bottles. My muscle arrived and he and I (truthfully mostly he) loaded it on the working sled and pulled it into place with the riding mower. He tilted it upright. I welded it to the iron post.


I’ve got a solar spot light on the back side of it (the bottle neck side) and at night the light shines roundly through the bottle bottoms on the other side. It’s so dang nifty.


I’ve got a broken pot stuck in on each side, planted with sedum. Concrete gets better as it ages, like artists and gardeners. Years ago I welded the other stuff in the photos. Set the pasture on fire doing it. But that’s another posting.