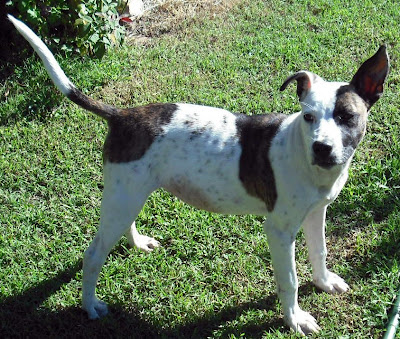 This is Hoover. He and Molly-The-World’s-Fussiest-Former-Starveling came running down the sidewalk at Hungry Holler several nights ago. Molly’s a solo dog act. Not half a duet.
Hoover was looking pretty concave because he was starved. He looked a little frantic because he was starved and because he had undoubtedly been run off repeatedly as he made his way to the Holler. He’s about four months old and the world hasn’t been kind to him.
Hungry Holler is called HUNGRY Holler because everybody here loves supper. We officially feed Molly, three cats and a parrot. All formerly neglected and/or homeless. Unofficially we feed brazen raccoons, passing possums, cagey cats. We don’t kill moles who tunnel the lawn. We share the pasture with wildlife and they’re welcome to graze freely. I did go to war with a garden-ravaging groundhog several years ago. I was prepared to go lethal. Molly showed up about that time and the ‘hog decamped to tolerable distance.
Hoover got fed. He seemed never to get full; went into that splayed-leg-don’t-come-up-for-air stance over the food bowl–Hoovered it up like a vacuum. He got a blanket. He figured out where the low bird baths were for drinking. 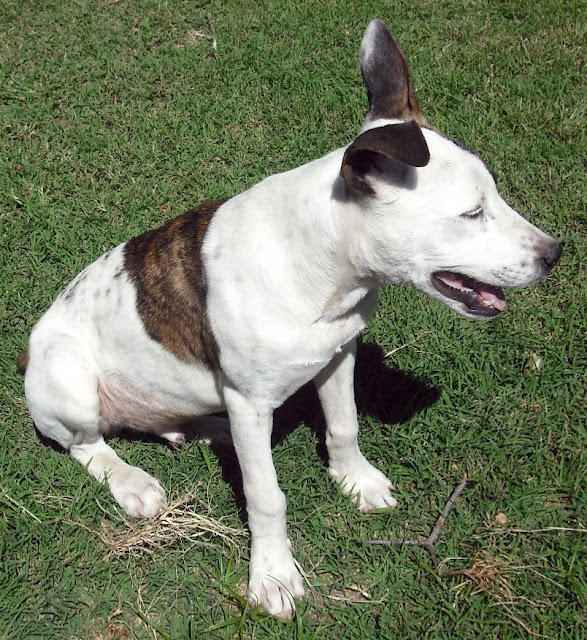 He didn’t know the Holler had reached and exceeded critical stray mass. The entire time he was eating, I was treacherously looking for someone who lost him…as if. Or for someone who could take him…as if. Everyone around here has taken in a full complement of lost souls. The Humane Society of Grove and Grand Lake was at capacity for at least the next two weeks. Think Hoover in multitudes. If you have occasion to donate in memory of someone, or for your own good karma, please remember them.
I made up fliers and took them to the Spavinaw Hills Rally grounds. They sweetly took them and put them up.
I emailed Hoover’s photo and story to friends, among them Trader John. John reminded me Anthony was dogless since dear Sparky died several years ago. I called Anthony. He agreed to meet Hoover. He saved some icebreaking bacon from breakfast. 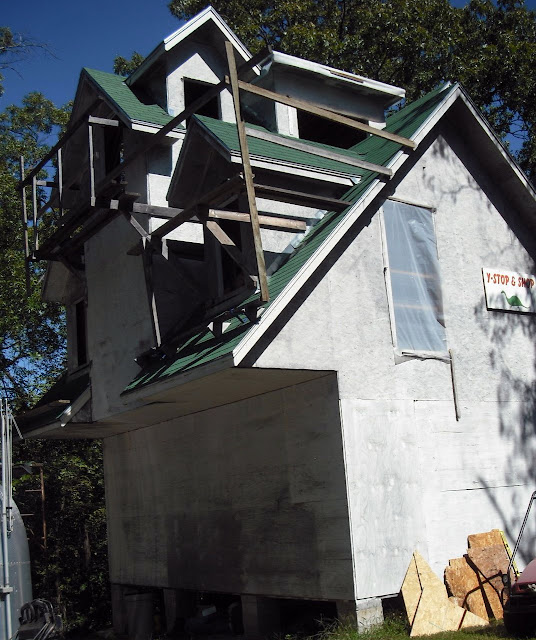 It’s three stories, has dormers, is plumb as can be, and solid. His temporary living space is warm, cozy, full of odd and beautiful art and artifacts. He’s decent and kind and a fine judge of dogs. 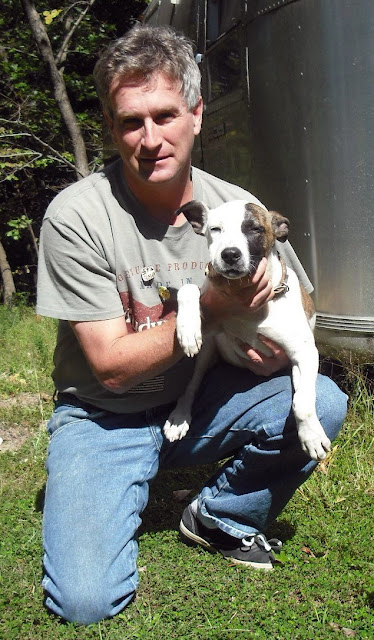