I’ve been gone, not just in the metaphysical sense. In this dimension, I’ve been forthing and backing between Arizona and Hungry Holler. When I’m in AZ, I’m divided three ways. I try to spread the wonder that is I, among my Dad, Ma and Seester Juls. There were times in recent months, where I’d wake up and wonder for a sec, just where the hell am I?
I’ve been counting beans and excavating the paper mountain that is my desk. But I gotta indulge the other side of my brain, equally. One of the more arcane laws of physics: for every mundane action there is an opposite and more equal esoteric one.
Stuff I’ve been doing:
I baked some apples in a pie plate made by a friend. They came out of the oven so dang beautiful, I didn’t hardly care how they tasted. 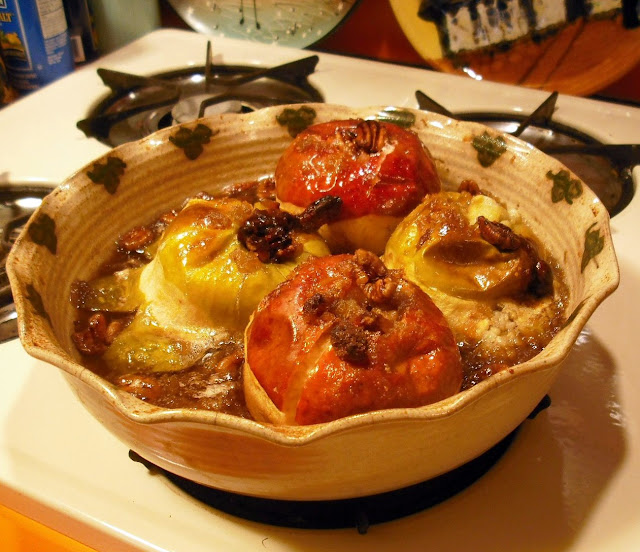 They were delicious. In taste. Not in apple. Delicious apples most decidedly aren’t.

I found a broken concrete cactus lamp behind the Mexican grocery store in Bartlesville. La Senora and I made a deal.

I cleaned it up, Liquid Nailed it where needed, sanded it just enough to say I did, and painted it. I’m looking for the perfect shade.


Rock Riffle Run Susie says to use a gourd. I thought of that, too. 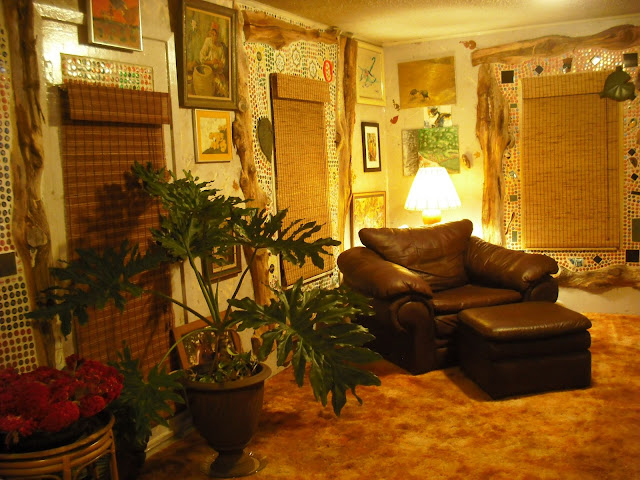 papered the living room walls between the bottle capped areas of the walls. When you live in an old house with crappy paneling, no matter what you do, it’s an improvement. Even if it’s barely better. I’ve painted those walls a couple of times. It looks great for about 3 days. Then the original color of the paneling (Practically Pecan!) spookily bleeds through. No more caps. I promised! Stucco? No. Paper? I have a history with paper. 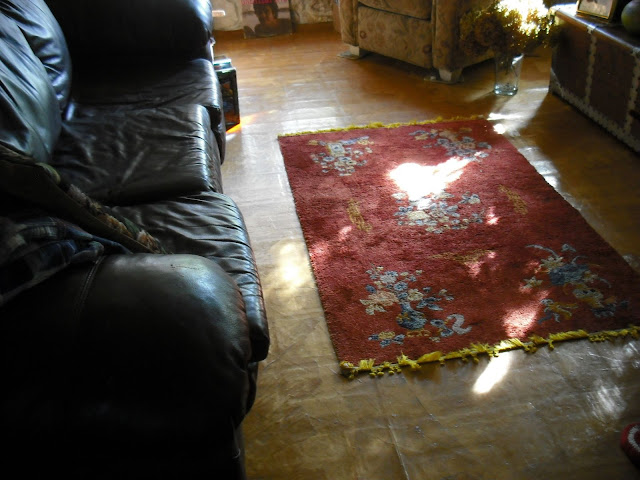 I paper bagged the rock room floor years ago. 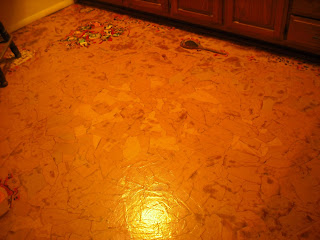 I grocery bagged the kitchen floor a couple of years ago. Both have served and continue to serve, fabulously. They camouflage a multitude of sin spills.
I found some newsprint-like paper and butcher paper at Main Street Antique Mall in Mesa, AZ. They had a stack of gorgeous paper on the counter to wrap purchases in. Big 2 feet by 3 feet sheets, some cream-colored, the others a pale bluish grey. I bought a stack of thousands for $35. I bought a bunch of white glue. I remember seeing jugs of it somewhere, but not when I needed it. So I bought the biggest little bottles I could find. 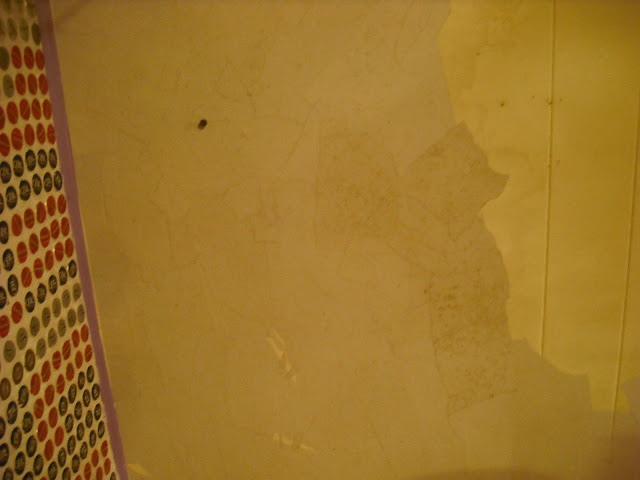 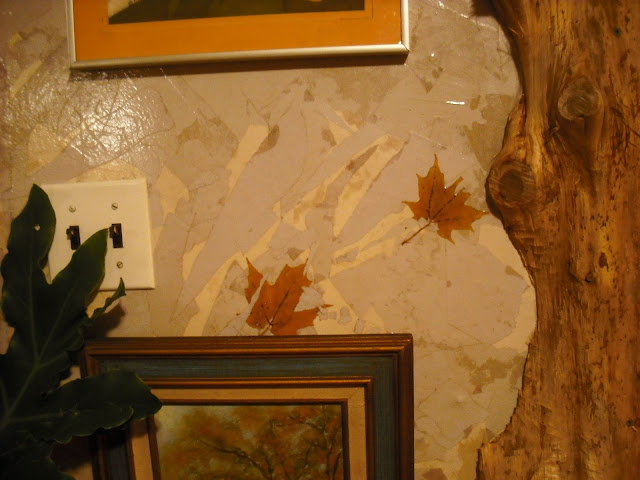 I added real autumn leaves. Let it all dry overnight. Polyurethaned it one good coat, added partial other coats over the leaves. I used semi-gloss  because I wanted a glow, not a brassy shine. Mundanely,  it’s wipeable.
Jan Meng2010-11-14T03:55:00+00:00