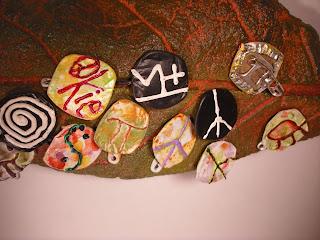 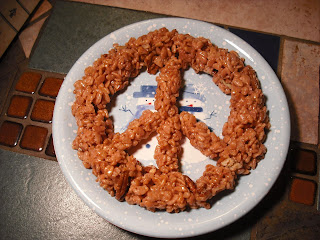 Zelma made me a Rice Krispies treats peace sign. Is it not adorable? I can’t bring myself to eat it. I’ve pulled a few bits off to nibble and then re-shaped it, but I can’t devour it. Those of you who know me, know what a compliment this inability is. I have a notorious sweet tooth and can resist everything but temptation. I think science has proven Rice Krispies treats can withstand nuclear winter. Unless I fall prey to an industrial strength munchy attack, I should have it a long time. 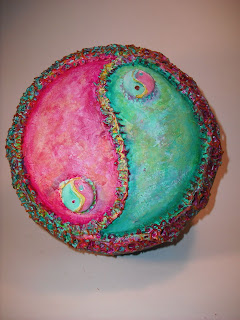 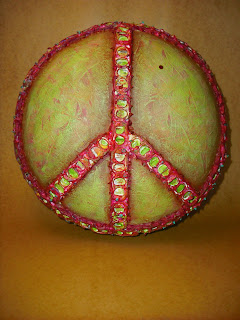 I like symbols. I use them in my work. The peace sign is in my heart and around the Holler. Our one and only offspring Judd is a technical sergeant in the USAF. The peace sign grows ever more meaningful with each year he serves.

It’s aesthetically pleasing. I use it in my work as signature subject and as subtle component.

I’ve heard stories over the years about the creation of the peace symbol. The most consistent seems to be this (courtesy About.com):

Peace Symbol Created (1958): In 1958, British artist Gerald Holtom drew a circle with three lines inside, intending the design to be a symbol for the Direct Action Committee Against Nuclear War (DAC). The design incorporates a circle with the lines within it representing the simplified positions of two semaphore letters (the system of using flags to send information great distances, such as from ship to ship). The letters “N” and “D” were used to represent “nuclear disarmament.” (The “N” is formed by a person holding a flag in each hand and then pointing them toward the ground at a 45 degree angle. The “D” is formed by holding one flag straight down and one straight up.) It came to the United States in 1960.

I like the yin yang symbol too. It’s pretty deep. Lots of beautiful mythology and mystery: existence/non-existence; thing/no thing; male/female. The five elements: wood, fire, earth, metal, water, which my western mind grasps. Then there are the esoteric things like the liver is a yin organ and the gallbladder is yang. Spleen? Yin. Stomach? Yang. I’m pretty basic. I think, Pink? Green.