UP AGAINST THE WALL 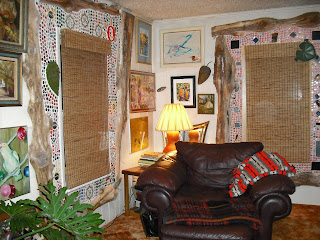 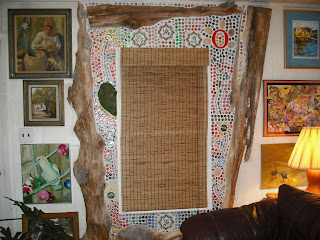 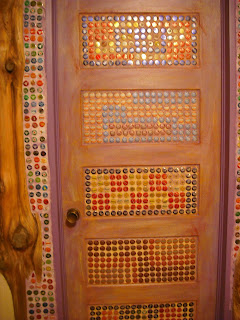 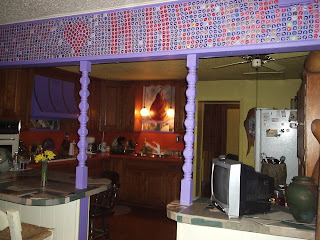 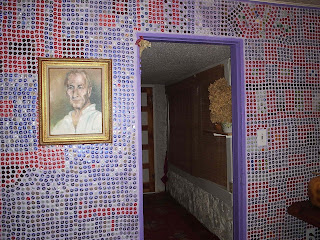 They used native stone and lots of concrete to build the house, the detached garage and the two outbuildings. Outbuilding #1 is the Woodshop. Outbuilding #2 is my studio. I love the Holler, in particular the EXTERIOR Holler. The interior of the house is a whole nuther story.
The original stone house was tiny. Over the years it has been added onto and all done with stone, which is so neat. Not only that, but the stewards before us built sidewalks and some pillars.
I mean they had an aesthetic eye. They left trees in all the right places. Our predecessors were nifty, thrifty creative craftsfolk. Especially exterior-wise.
What this is all leading up to is the interior of the house is a warren of small rooms. You pass through 4 doors to get to the bathroom….once you’re there, there are three doors leading in and out. We caution visitors to remember which door they used to get in there….all these rooms are paneled. PANELED with the absolute worst of the worst chintzy paneling. So anything I do, no matter how odd, is an improvement.
My bottle cap mania rises quick and fast when I’m contemplating what the heck to do with these interior walls. Over the years I’ve painted them. Even went to the effort to prime them. They look nice for about two days, then something mysterious happens and they go back to looking like sorry painted paneled walls.
When your sanctuary is open to the public, you gotta have some space that’s just plain private. Very few folks see the inside of the house. High philosophical reason stated, there’re also mundane reasons: didn’t clean, haven’t dusted, dishes in the sink. When I’m in industrial-strength creative mode, something’s gotta give and it’s usually housework, though I tend to be tidy. Redding up is not a chore for me, but there are just so many hours in a day, even at the Holler which has its own dimension pursuant to String Theory.
Jan Meng2010-01-21T17:18:00+00:00